For the first time in sixty years, the traditional Notting Hill Carnival won’t take place. A symbol of multi-culturalism, tolerance and resilience, deeply embedded into British history so it's no surprise that every year the event attracts millions of people to the West London area. Born in a time where racism and xenophobia were normalised, the festival owes its existence to a Black woman named Claudia Jones. Journalist, Marxist and activist, Claudia invested her time and energy into creating a festival that would celebrate and unify a community. This year, more than ever, the festival rings an even stronger bell. So, may her name be said.

Institutionalised racism: We’re not all in this together

The civil unrest that sparked all over the world following the senseless murders of George Floyd and Ahmaud Arbery painfully reminds us of the depth of racial injustice, including police and institutional injustice here in the UK.

While diseases like COVID-19 touched all of us no matter our background, colour, or religion, institutionalised racism on the other end is a disease in which we are not all equal. In England and Wales, Black people (men and boys in particular) are nine times more likely to be stopped and searched compared to white people. The 2011 census showed that Black people account for 3% of the population in England and Wales. However, they account for 8% of deaths in police custody and they make up 26% of the prison population. In the pyramid of institutional racism, Black people are at the top. The blacker the berry, the harsher the treatment.

When Enoch Powell encouraged people from the Caribbean islands to leave their homes to help rebuild post-war. The ‘Great Britain’ he promised them featured dreams of well-paid jobs, a home and easy integration. Yet, the reality was far more different. The treatment they received from Britons was no different to the American racism. Landlords would not let their houses to them. Churches would close their doors to well-dressed families not to upset the white congregation. A 1966 BBC documentary showed that even haircuts were off-limits as racist barbers refused to let immigrants into their salons.

The 1959 race riots that inspired London’s most awaited carnival

The murder of George Floyd and subsequent Black Lives Matter protests that swept the US and the world in June 2020 reminds us of a not so old episode of British history. Between August 29th and September 5th 1958, a series of racially motivated riots took place in Notting Hill, an area of London with a large West Indian migrant population following attacks on inter-racial couple Majbritt Morrison and her Black Jamaican husband Raymond who were seen to be arguing at Latimer station.

A group of youth from the white working-class known as ‘Teddy Boys’ beat up Majbritt and later began to display hostility towards the Black families that lived in the area. Their slogan ‘Keep Britain White’ raised the concerns of the Caribbean community who feared for their safety and with no action taken by government officials, the Black community was forced to arm themselves in defense which resulted in a one-week confrontation later termed the Notting Hill race riots of 1958. The riots caused tensions between the Metropolitan Police and the British African-Caribbean community that until now is still going strong.

Majbritt was struck with an iron bar and subjected to numerous racial insults regarding her partner. The gang continued through the neighbourhood targeting homes with Afro-Caribbean residents and people passing by. These events escalated into riots. They used petrol bombs, glass bottle iron bars and butcher knives against the Black community. The rioting stopped a week after, with 140 arrests, majority white.

In 1959, Mosley ran for the North Kensington parliamentary seat on a platform that called for forced repatriation of West Indian people and a ban on interracial marriages. Mosley was defeated, and instead community activists focussed on a way to show white Britons what the West Indian population had to offer in terms of cultural wealth.

The riots birthed one of the most awaited events every year in UK’s calendar: Notting Hill carnival. Every year, the event brings around millions of people from all over the world to celebrate Caribbean culture, music and food. Nowadays the festival is widely known but little know of the creator of Notting Hill carnival: Trinidadian born activist Claudia Jones.

Read more on Claudia’s story on our interactive flipbook magazine below:

Claudia Jones: Mother and creator of the carnival

After the riots, the community focused on a way to show white Britons what the West Indian population had to offer in relation to cultural wealth. That’s where Claudia Jones comes to play. Journalist, activist and member of the American Communist party (and later creator of the Notting Hill carnival), the Trinidad born started an annual indoor carnival named the People’s Party (later Notting Hill carnival) which not only became Europe’s biggest street party, but also changed changed race relations in Britain forever.

In response to the race riots, Claudia started an annual Indoor Caribbean Carnival later known as ‘Notting Hill Carnival’ (renamed/revamped by Leslie Palmer in 1973). The first carnival took place in 1959 at St Pancras Hall and was televised by the BBC with the belief that “unity can defeat rising racial tensions”.  Carnival spread the message of freedom and pride. “It was partly a response to the feeling of exclusion and discrimination that gave rise to the Notting Hill Carnival. Carnival meant the opposite of exclusion. For the first time, migrants and their children could take to the streets and feel free to express who they were” (Alison Williams).

No carnival this year

60 years since the race riots, carnival still spreads the message of freedom and pride, with millions attending Notting Hill carnival every August bank Holiday. The Black Lives Matter movement that has been spreading all over social media since the murder of George Floyd, Breonna Taylor and Ahmaud Arbery remind us of the need to not be silenced and to speak out against injustices.

The carnival is not only culturally important, but it is also key to the UK’s economy. According to the London Development Agency, the carnival contributes up to 93 million pounds a year to the city’s economy and supports the equivalent of 3,000 full-time jobs. Each and every year, more and more people attend the festival making it Europe’s biggest street party. Although the weather may not always be with us, the colourful costumes, the spicy smelling food and the music brings us to the Caribbean for the weekend.

Undoubtedly influenced by Jones’s event, Notting Hill Carnival really began as a traditional British fete titled Claudia’s People’s Carnival changing to ‘Notting Hill fayre’ and later evolving to Notting Hill carnival in 1966. The event was put on by community activist and one of the founders of the London Free School, Rhaune Laslett, who aimed to highlight the cultural richness of the area.

Laslett, born to a Native American mother and a Russian father, saw Notting Hill’s diversity as something to be celebrated. The week-long fayre included pageants, food stalls, music, and the celebrations ended with a parade. She invited the musician Russell Henderson (who had previously played at Claudia’s carnivals) including his Trinidadian Steel Band to perform for the crowd and was well loved in the West Indian community.

It was the first time carnival hit the streets of London openly and freely celebrating Caribbean culture: a dream the Windrush generation had never imaged could happen.

Leslie Palmer took over as director of carnival between 1973 and 1975 and almost single handedly refurbished into the mordern day carnival we enjoy. Working as a school teacher at the time, Leslie wanted a break from education and ended up directing carnival through an ad he had come across in a newspaper.

The ad was asking how carnival should be changed and Leslie had everything he needed to make the event more inclusive. He went around London gathering Dominicans, St. Lucians, Jamaicans, steel bands and other Black businesses involved allowing them to make money at the event in return for their support. As luck would find it, he ended up advertising his event on Caribbean time (a weekly hour slot on BBC which played reggae music) which saw 50,000 people attend carnival most of whom heard about it from radio. He called the carnival ‘Mas in the Ghetto’ that year because Acklam Road to Golborne Road was a great slum area at the time.

Nevertheless, this year – like most of other major events – the festival has been cancelled due to the COVID19 Pandemic. Despite these measures, the organisers decided not to back down and although the festival won’t take place in the streets, they opted for a digital alternative.

Where is carnival and when is the next one?

The parade circuit is 5.6 kilometres (3.5 miles) long and loops around from Ladbroke Grove. The procession can be slow, but will end up taking you to Westbourne Park and the streets north of Notting Hill Gate station.

Despite the gross racial violence and discrimination they faced, including subsequent riots in 1976 and 1981, carnival has become a way for West Indian people to assert their belonging to a country that once denied them of their rights to display and enjoy their culture and traditions.

While Claudia Jones died childless, as the creator of the Notting Hill carnival she left a long-lasting legacy celebrated by millions of people from nearly every corner across the globe. Regardless of colour or cultural background, everyone comes together to celebrate. Much like slang, the festival is now part of London’s DNA. Claudia changed British West Indian culture by leading the desegregation of multicultural communities in the UK with a street party like no other: the Notting Hill carnival.

Read more on Claudia’s story on our interactive flipbook magazine below:

Top industry professionals to share their secrets about podcast growth 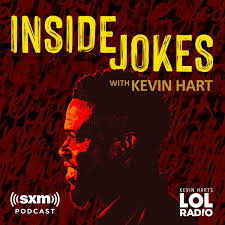 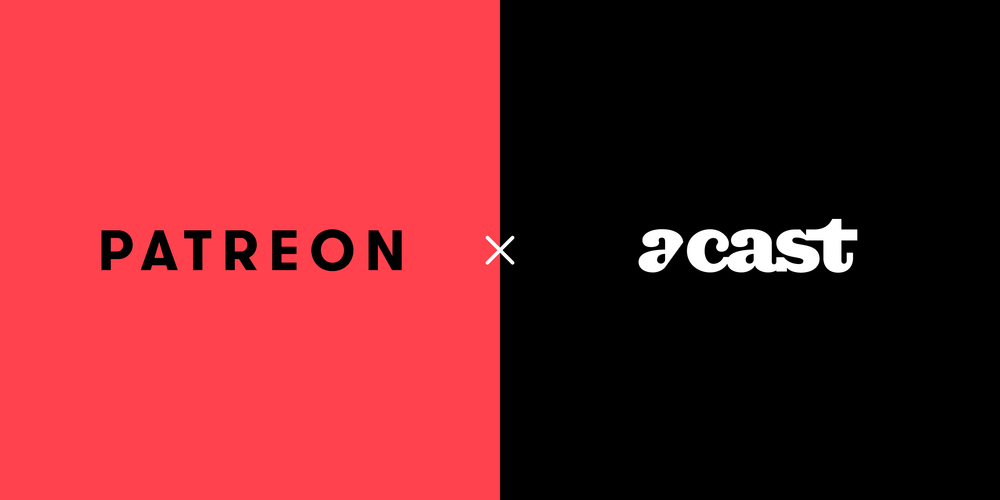 Promote your business, service or podcast with us.
Book Now 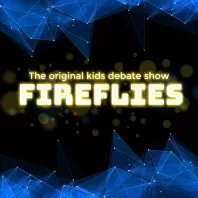 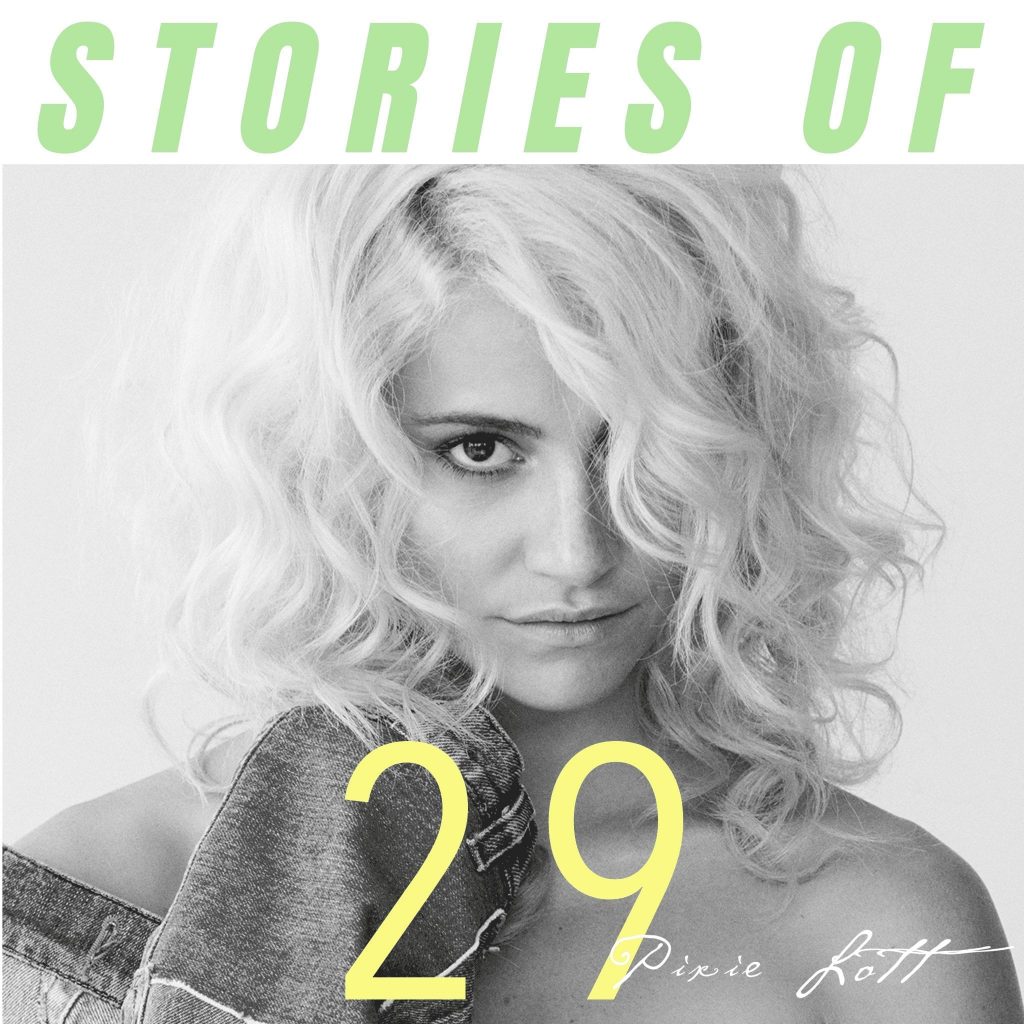 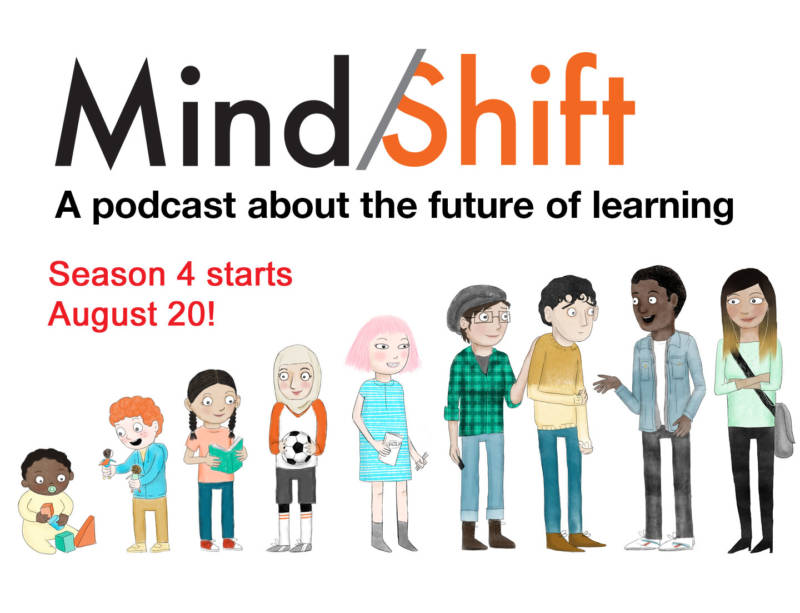 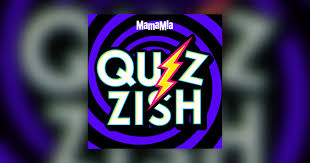 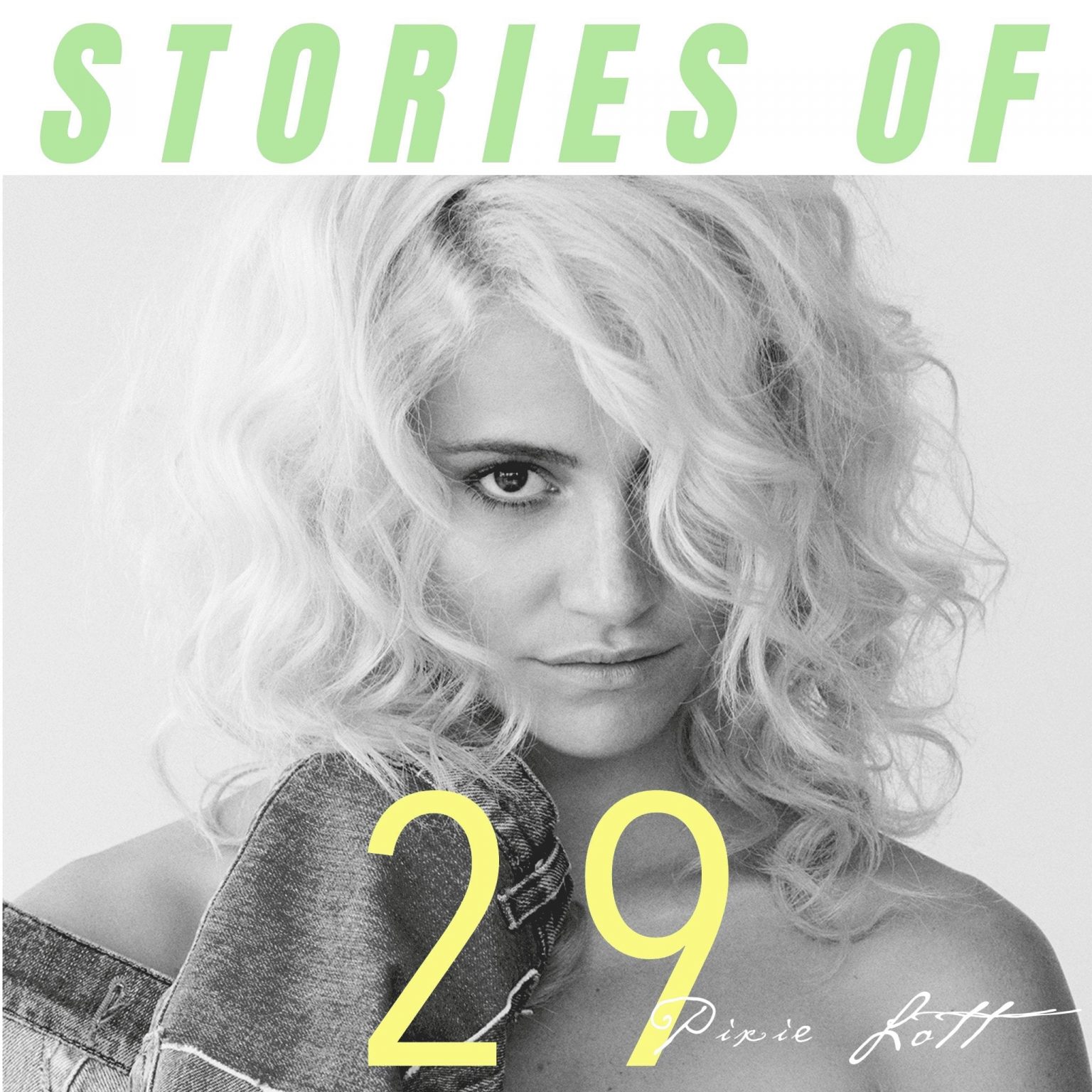 From great loves and big moves, leaps of faith to career souring choices, we hear incredible life lessons that come from times

"The community that organizes events for and by Black podcast creatives and audio professionals which will taught creators what tools and tech they need to record, launch, and grow a podcast."

"The series gives listeners an inside look at how schools are developing solutions to meet the needs of students in person and online." 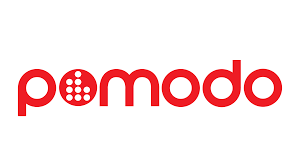 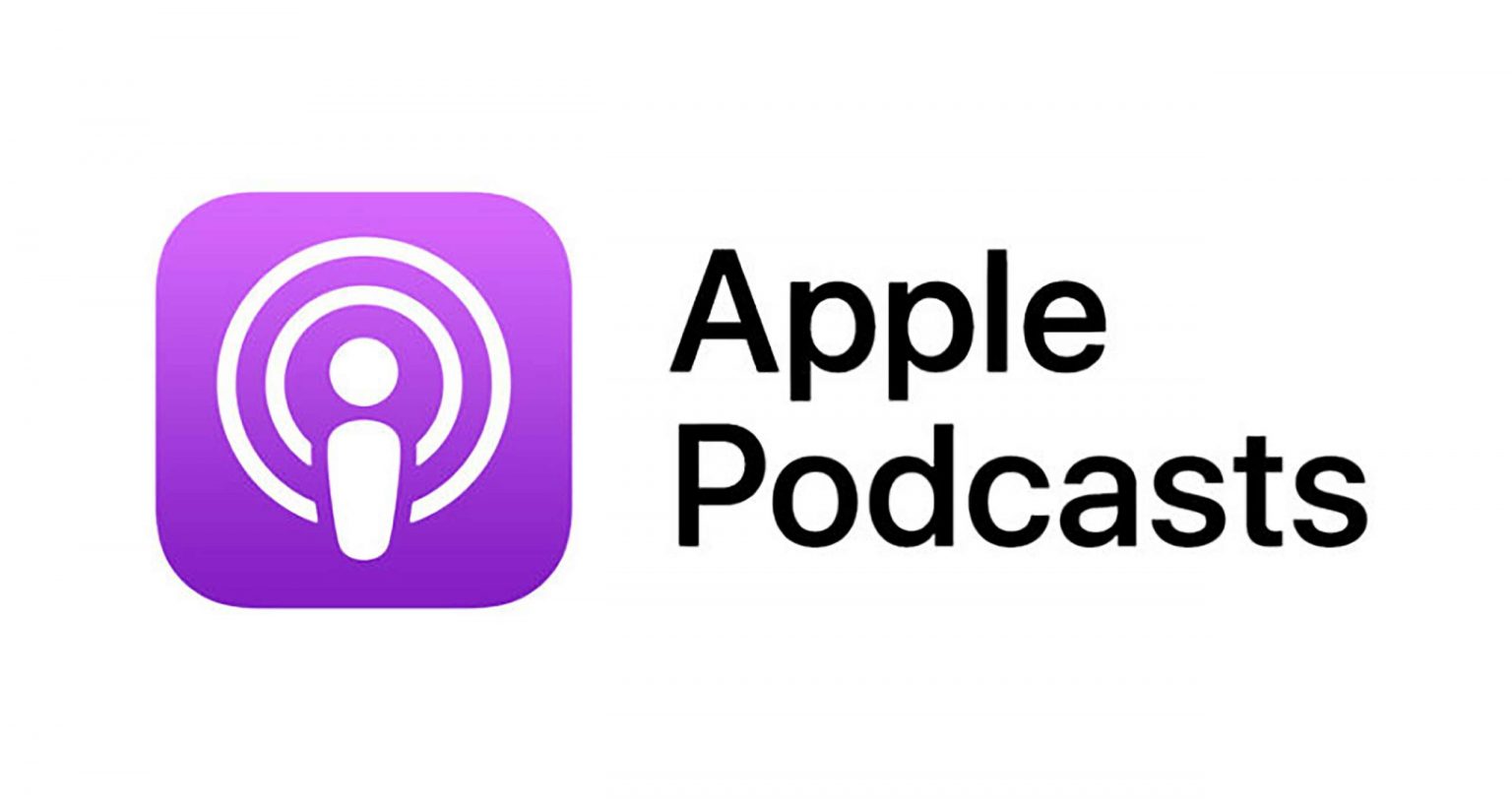 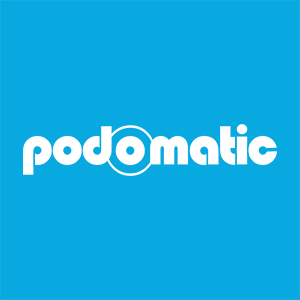 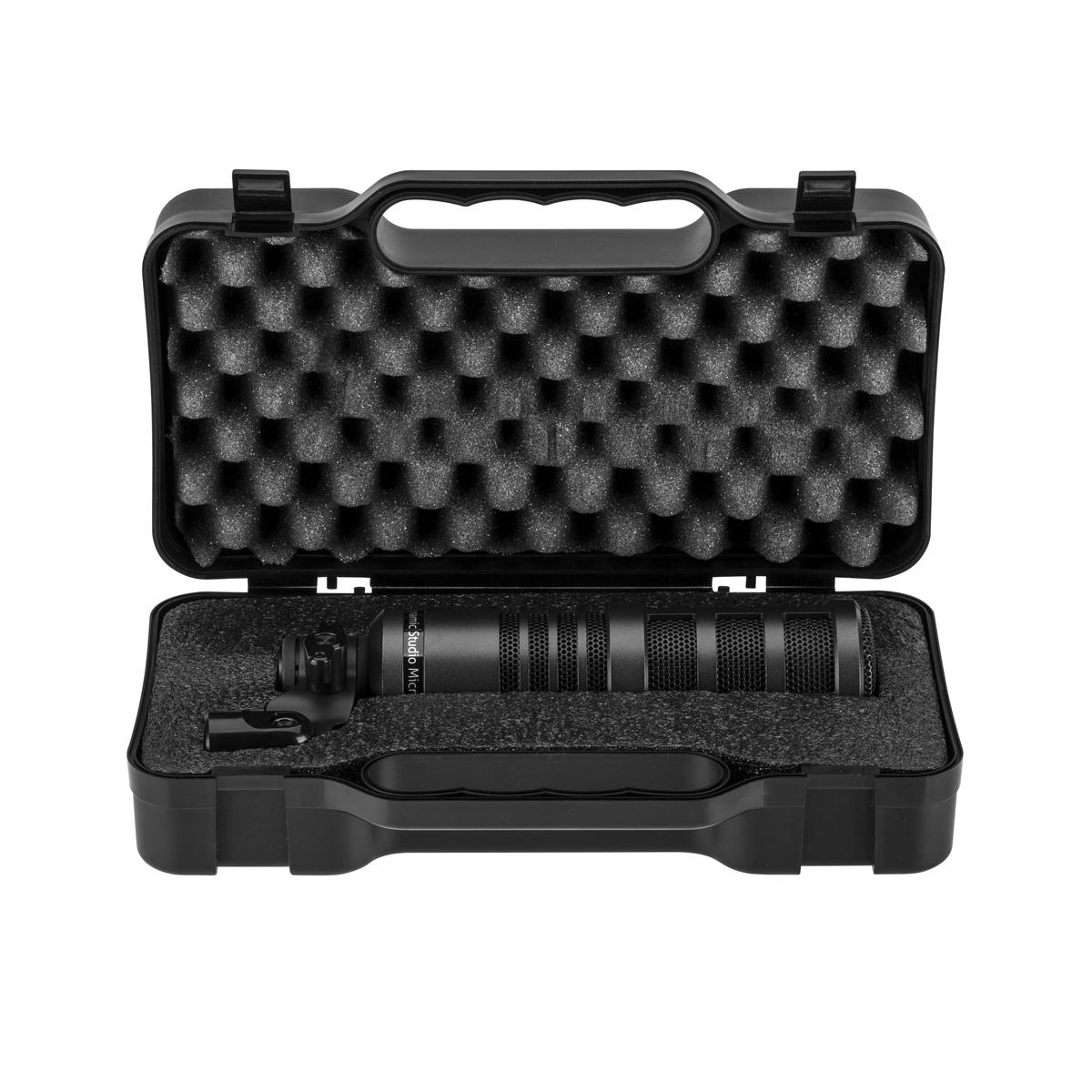 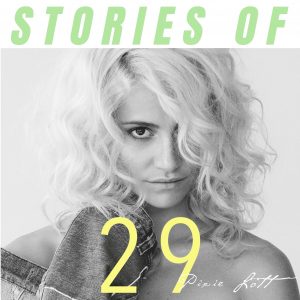 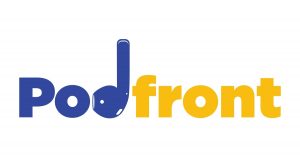 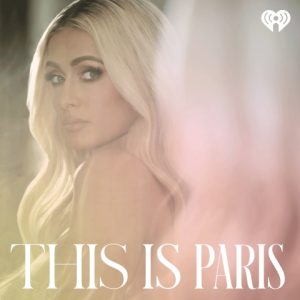 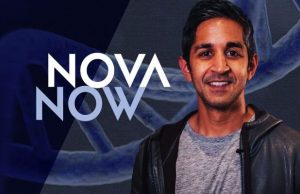 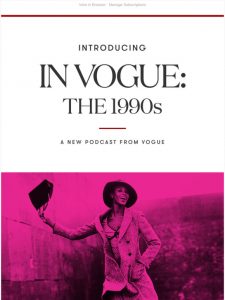 Vogue launches a new podcast – In Vogue: The 1990s